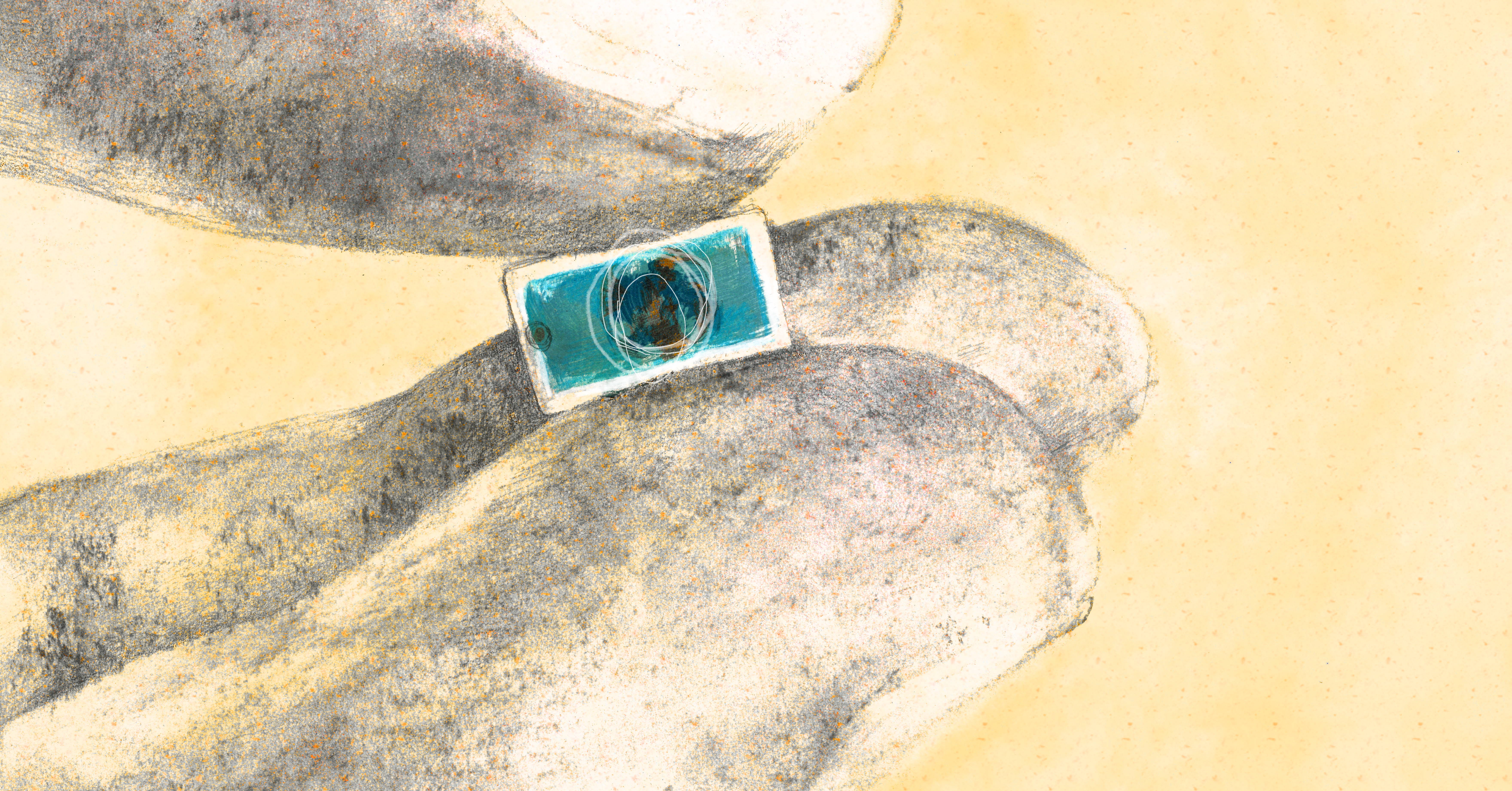 «Smallscreen gigantic» (Ottiero Ottieri) is a collection of interviews to Italian contemporary writers about the melting of media, the influence of the cinema on narrative, poetry and fiction, the one-to-one correspondence between the means of communication, published on «Birdmen magazine». Since the approach is critical, as soon as the collection will be completed, an essay will be produced out of it. 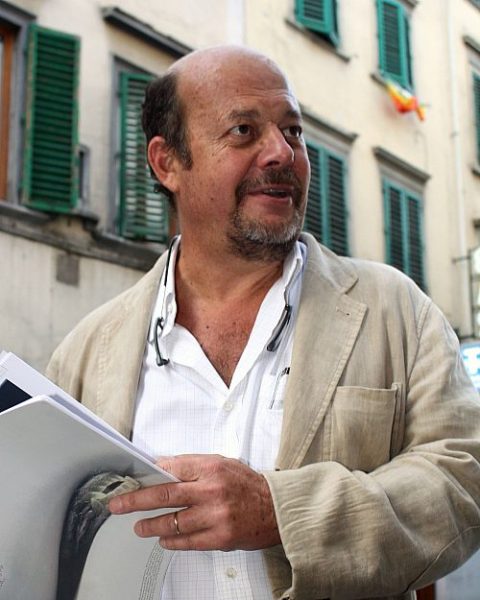 Filippo Tuena was born in Rome, in 1953. After his graduation in Art history at the Sapienza University, he worked for his family antique business. Currently, he lives in Milan. He published almost twenty books and with Ultimo parallelo he obtained the Viareggio Award in 2007. He recently published Le galanti with the publishing house Il Saggiatore. In his works Tuena non-systematically combine textual (prose, poetry) and visual elements, creating a dialogue between them. Over the last year, he wrote the preface to The phantom of memory. Dialogue with W.S. Sebald (Il fantasma della memoria. Conversazioni con W.G. Sebald) and a text in the volume About the cinema of Federico Fellini, edited by Giovanni Grazzini (Sul cinema di Federico Fellini, a cura di Giovanni Grazzini) (read our insights on Federico Fellini). He manages the book series Centotrentacinque for Mattioli 1885, publishing books of various genres, ranging from lectures, to sailing manuals, from philosophical dialogues to historical narrative.

Dear Filippo, thanks for allowing «Birdman magazine» to conduct this interview, that starts “Small screen gigantic”, an investigation into the relation between Cinema, Tv series and Literature. We deal with Cinema, Tv series and Theatre. How do you relate with these arts? With which of the three do you relate the most? What device do you use to watch films and tv series? Do you usually go to the Theatre and to the Cinema? Are you interested in the textual aspect of the arts mentioned?

It is my pleasure. As a spectator, I had a very active relation with the Cinema when I was young. I used to live in Rome and between the 60’s and the 70’s I participated the birth of movie clubs. Going to these ‘mini-cinema’, where you could watch old movies, projected randomly or according to a monographic program, with little money, was almost an everyday habit. During those years, in Rome, Cinemas such as the Cineclub Tevere, the Nuovo Olimpia, the Farnese, the Augustus, the Occhio, Orecchio e la Bocca, and even some Church halls like the Panfilo, played an essential role for my generation. They represented what the huge low-cost book series such as Bur and Oscar Mondadori did in the literary field. So, with very little amount of money you could watch top quality cult films and, therefore, enrich your movie industry knowledge. We must keep in mind that VHS or CD playback systems did not exist yet, so in order to watch a film we had two options and with no possibility of replaying it: cinema or television. We used the chance we had. In addition, it was widespread the desire to go outside, to join the city life, to hang out with people that shared your interests and that belonged to your generation.

I also had great enthusiasm for what concerned the theatre. I joined alternative or avant-garde theatre companies and some that produced plays for children. In the last period, I am not focusing much on the Theatre even if in Milan, where I live, there is a top quality theatre planning. Going back to the 70’s, there was a remarkable dynamism due to cutting-edge film directors, such as Carmelo Bene and Ronconi at his first stages. The tv shooting of the plays did not transmit the same rhythm and the innovation as the live performance did. Grassman’s Riccardo III, Ronconi and Ceroli that I saw when I was fifteen, Strehler’s Strinberg, the first Bob Wilson’s plays, or Memé Perlini have represented a revolution. We could also mention the “Compagnia dei giovani”, represented by De Lullo, Vali, Falk, that even with its more traditional theatre, proposed great plays – Pinter, Pirandello, Moliére. I am not undervaluing nowadays theatrical production, but since I do not usually go to the Theatre now, I am no more informed about this world, except for the few performances I see.

I am not really interested in tv series. This lack of interest arrived quite early, since I have not been very enthusiastic about Lost or The Walking Dead. As far as I have seen, I am inclined to compare tv series to the nineteenth-century feuilletton, that consists of repetitive patterns where events can occur either compulsively or with unbearable slowness. I liked the Italian version of In treatment, probably also due to my respect for Saverio Costanzo, but I think it differs from the ‘genre’. I watched some other non-traditional series: The Night Manager by Suzanne Bier (but it was more similar to the reduction of a novel in six episodes rather than a tv series); the first and the second season of Revenants (excellent the first one, more mediocre the second one); Chernobyl. I watched other series but in a quite bored mood, giving up after one or two episodes.

This collection of interviews deals with cinema and tv series. How do your writings relate to movies and tv series? Since you have widely talked about the series you have watched, now we would like to ask you: what are your preferences as concerns the cinema?

My passion for the cinema let me consider it as the most consistent means with the history of the XXth century. Directors, such as John Ford or Alfred Hitchcock have taught plenty of writers how to tell a story. My first books owe the cinematic narrative style a lot; over time I changed approach, still considering that model really valuable. The ‘rule’ that guides this kind of narration is basically one: always keep up the attention of the reader, not just letting things happen, but keeping alive a constant tension over the writing. If I should think about a negative aspect of the cinematic narrative style I would underline this continuous attempt to make things happen. I recognize this ‘phenomenon’ even in cult film series like Star Wars or Indiana Jones, whereas, James Bond movies seem to transform this narrative model with Craig, even if he’s the most muscular James Bond interpreter.

Considering the XXth century, in particular, the second half, as the century of the dialogue between cinema and literature (that could be represented, for example, by an artwork that merges different forms and genres), do you believe that the production of series could gradually dominate (or already does) in such way in the current cultural context? May it be considered as the new “feuilletton”? Could it influence the novel in a positive or negative way?

As I said earlier, I do not relate so well with the world of tv series. This production is certainly inspired by the feuilletton; so in a certain way, this allow us to lead it to incomparable ‘fathers’ such as Dostoevskji or even Dumas, whose Les Miserables has recently been reproduced in a new tv series. Well, I would say that when the tv series production will be free from the idea of ‘what is going to happen in the next episode’ or ‘who’ll be the hero in the next episode’, the quality of this production will increase. It is a paradox, but the research of the unexpected could cause a lack of interest.

The last question is about the kind of writing focused on reproducing images. We could refer to the hypotyposis (Barthes), the ekphrasis (Eco), or even just the description (Genette): is it possible, in your opinion, to describe in a “creative” (traditional) way the image in motion (cinema, tv series) as it happens with the figurative art, the sculpture, and so on? If so, can you give us examples?

It came up to my mind the recent Geoff Dyer’s book Zona, edited by Il Saggiatore, that describes frame by frame Andreji Tarkovskij’s Stalker, in turn inspired by the Polish writers brothers Arkadij and Boris Strugackij’s, Roadside Picnic (Marcos y Marcos). A similar experiment was made by Gus Van Sant, reproducing Psyco frame by frame. I am going to tell a 30 years ago anecdote. Goffredo Lombardo, the owner of Titanus, was a friend of mine. Once, I went to his office and he showed me some scripts of movies he wanted to produce. He told me: “Look, why don’t you write a novel out of one of these script? As soon as the movie will be launched, the book will be published and will sell a great amount of copies”. I answered: “It’s a good idea. What is the next?” – “Michele Strogoff!” – “Well, Goffredo, Michele Strogoff has already been written by Jules Verne!!!” – “And so? You can rewrite it!”. Basically, he was suggesting me to describe the script with my own words, not to remake the book. Actually, he was right.