Fondazione Cineteca Italiana – Cineteca Milano offers the unique opportunity to discover unknown treasures and relive greats works from the history of cinema, making more than six hundred titles available to fans, thanks to the streaming service of the “Videoteca di Morando” project. The schedule adopted by the Cineteca provides two weekly appointments designed for all its audiences. Every Tuesday a timeless classic from the archive of the Cineteca will be presented in its restored version (the first appointment on March 17th was I Promessi Sposi in Mario Bonnard’s version, 1922), while Thursday will be the day dedicated to the cinematographic series that became very popular during the evolutions of the serial (Thursday 19th March the first two episodes of I Topi Grigi, an 8-episode noir cinematographic series directed by Emilio Ghione between 1916 and 1918). Every weekend, three contents will be available, chosen from animated films and animated shorts, designed for the whole family and for the little ones, coming from the cinematographic heritage of the Cineteca (from Friday 20 March the first six episodes of the animated series Naccio & Pom, created in the early 2000s by the Japanese designer and artist Fusako Yusaki).

WRITTEN BY RICCARDO RE AND TRANSLATED BY PAOLA VARESI. HERE THE ITALIAN VERSION.

Doing so, Fondazione Cineteca Italiana also gives the opportunity to comfortably enjoy the great cinema of the past to all those who, due to the Coronavirus emergency, in the regions of Lombardy, Veneto, Piedmont and Liguria will not be able to go to the theater until March 1st inclusive .

The ancient Fondazione Cineteca Italiana (established in 1947, which became a foundation in 1996) is an important private archival institution that deals with the conservation, restoration, enhancement and dissemination of film heritage and cinematographic culture both in Italy and abroad. Its archive has over twenty thousand films and over one hundred thousand photographs from the history of Italian and international cinema. Among the many assets of the Cineteca there is the large collection of original screenplays and a collection of fifteen thousand posters of silent and sound cinema. The Fondazione Cineteca Italiana is in fact one of the most important silent film archives in Europe.

Since 2017, the year of its inauguration, the Fondazione Cineteca Italiana has created the “Biblioteca di Morando”, an exclusive space where you can dive yourself in reading and studying the seventh art dedicated to the famous film critic Morando Morandini (who died in 2015), whose library (made up of over thirteen thousand volumes, letters, photographs, dossier of notes since 1952) was donated by the family to the Cineteca di Milano. From September 2019 the “Videoteca di Morando” project was inaugurated and, thanks to that, the rich archive of the Fondazione Cineteca Italiana becomes accessible to the public.

In the beginning, the project sees a large Blu-ray and DVD catalog including over five thousand units that can be consulted at the library thanks to dedicated workstations; in addition, more than six hundred titles (with the entry of twenty new films every week) of rare exclusive film materials and films, specially restored and digitized by the Italian Cineteca MIC Lab, become accessible thanks to the streaming service offered by the Cineteca. Among the exclusive visions of the service, the latest film restored by the Fondazione Cineteca Italiana, La morte che assolve of Alberto Lolli, silent film of 1918, the last surviving feature of the diva of the Milanese silent film Elettra Raggio. 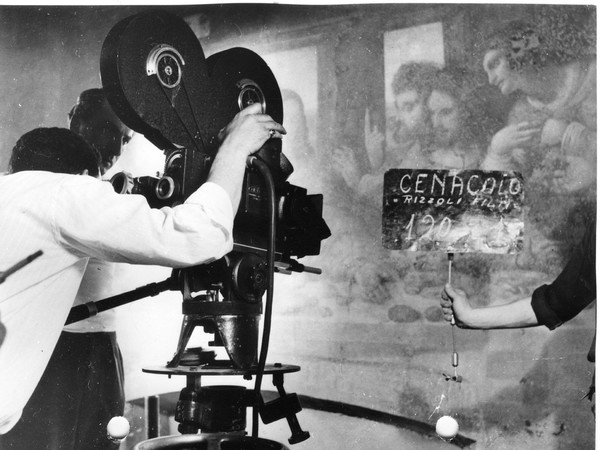 Again in relation to Milanese history, Il Cenacolo is available, the important documentation of the techniques and restoration interventions carried out by the curator Mauro Pellicioli on Leonardo’s Last Supper in the 1950s. And again, documents of great historical importance that tell an unknown Milan and from different points of view such as the short film Milano liberata, documentary images of the liberation of Milan by the allied troops on the threshold of April 25, 1945, or the short film Milano ’83, a fascinating journey into the city of Milan in the early 1980s, between fashion, art and daily life. 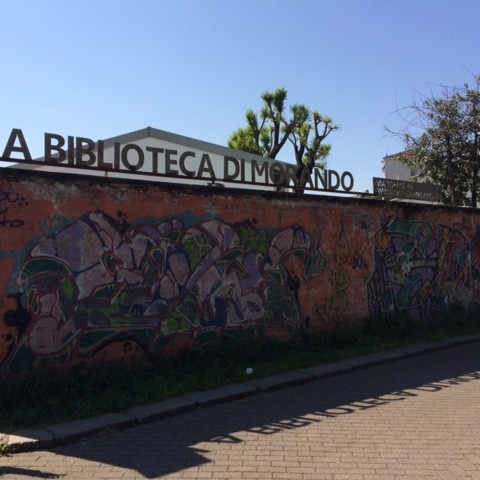 Following the launch of the “Videoteca di Morando” initiative, the free streaming service has registered a large audience participation and in recent weeks has seen a significant increase in registrations (from three hundred, before the emergency, to around one hundred and thirty-two thousand), coming not only from Milan and Lombardy, but also from other regions of the Italian territory, in Europe and in various areas of the United States and Latin America. Daily site visits have peaked one hundred forty-four thousand people in recent weeks, with a total of more than two million views. (data of Cinematografo.it – ​​here the article source)

If access to the Videoteca for on-site use takes place by appointment and requires membership to the Fondazione Cineteca Italiana, the streaming consultation is instead free for the entire duration of the “Accade in Biblioteca” project, which will end in May 2020.

To view the complete list of films available via streaming and in the library, you must register on the foundation’s website. Meanwhile, here you can find the complete catalog of the Fondo Morando Morandini and, although access is temporarily prohibited, the library’s program of events.