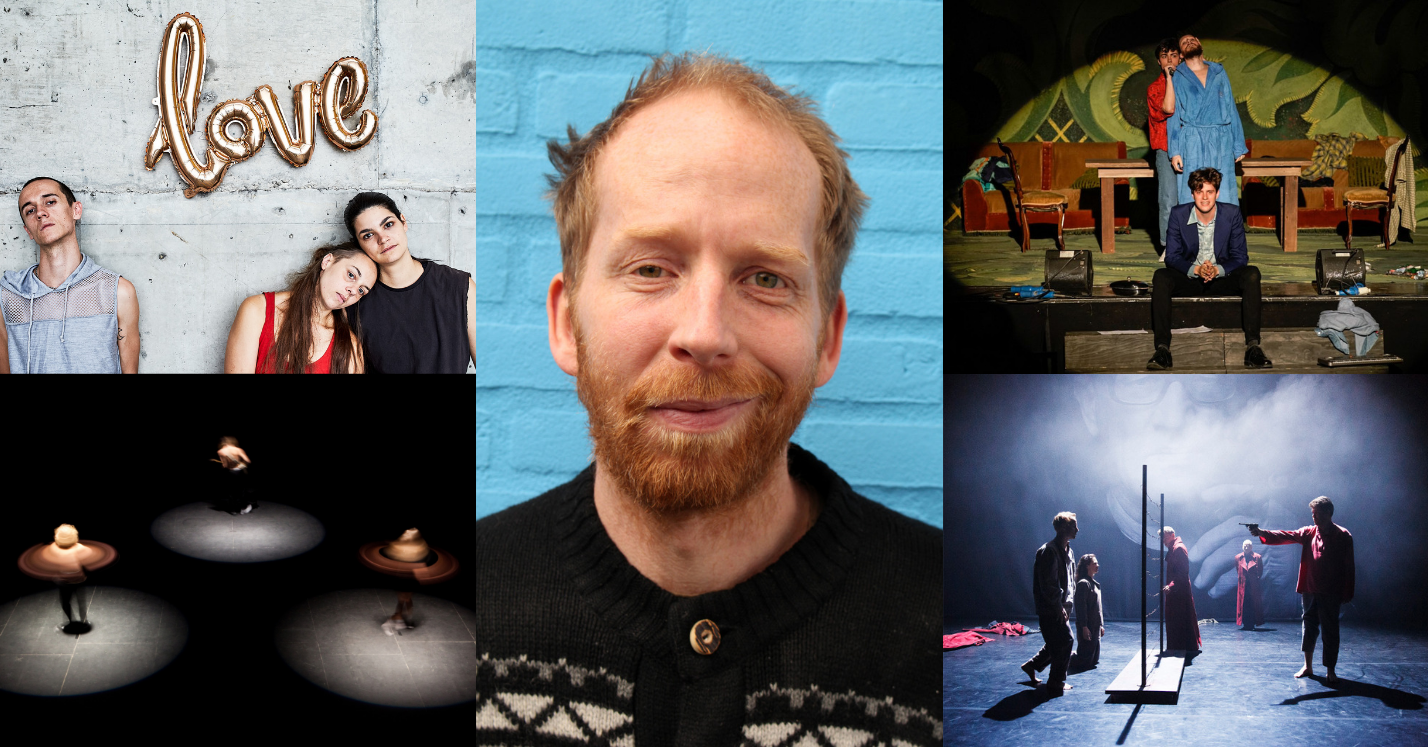 written in Italian by Federica Scaglione | translated by Serena Demichelis

The 47th edition of the Festival internazionale del teatro at Biennale, Venice, has been animating the lagoon for the past week (it started on July 22nd) with a busy schedule of performances, meetings with authors and directors, readings and other events organized by Biennale College. An international audience (not only Europeans but people from all over the world), many young actors, playwrights, scenographers and dancers keen on taking part in the workshops organized by La Biennale, artistic directors from various Italian theaters and other people in the business. It’s not easy to work one’s way through the eclectic multitude of possibilities provided by this Biennale, entitled (not casually) Atto Terzo: Drammaturgie. In the attempt to give voice to various points of reflection emerged during the first week of the Festival, here are five shows worth remembering, with the strong hope that they will be on the bills of Italian theaters soon.

The Festival opened with Mauser, directed by Croatian Frlijc, who gave back life to the text by the German playwright Heiner Muller(1929-1995). Frlijc is here once more confronting himself with the issue of what can be learnt from History: how far can we go, having taken into account past mistakes and confronting those works which bring them on scene? What are we ready to die or kill for? The theme is constantly echoed in sentences which obsessively repeated by the characters: “The daily bread of the Revolution is the death of its enemies”, “He who won’t kill won’t eat”, “Killing the enemies of the Revolution to stop killings”. What’s more human, killing to stay alive or refusing to do it and be doomed? The plot is brought to life by the bodies of three actors and one actress, constantly observed by an older character who will take part in the action only later .

All the humanity and cruelty of the drama are expressed by these nameless, vibrating bodies , wishing to remain indifferent in front of the atrocities they are witnessing, humiliated, exhausted, unrecognizable and unable to bear the weight of their own inhuman actions.

Belgian visual artist Miet Warlop takes part to La Biennale with two performances: Mystery Magnet (a surreal, chaotic show brought on stage on Tuesday, July 23rd) and Ghost Writer and the Broken Hand Break (Thursday, July 25th). When Warlop was asked to find three words to define the second show, just before its performance, she said “liberating, ritualistic, difficult”: and that’s exactly what it is, a performance based on concentric movement, extremely tiring for the three protagonists who liberate an overwhelming physical intensity with their obsessive twisting, emanating a visceral hypnotic power coming from the union of sound, light and colour.

The winner of the Leone d’Argento for this edition of the festival is an author who distinguished himself in theatre for kids: Jetse Batelaan, specialized in shows for kids from 6 years of age (but not only in this!) presents two shows at Biennale, The story of the story and War. This last title sounds a bit too demanding for an audience of kids: how can we tell them the atrocities of conflict? Batelaan manages to do it lightly and, at the same time, in a thoughtful, deep manner, involving kids and adults (since the latter are the ones who enjoy making “war noises”). On this chaotic, unexpectedly animated stage (which recalls an untidy games room or a mined field), three rickety, gun-shy soldiers explain “war” in all its dimensions, and Teatro Ragazzi shows once and for all how its repertoire is to be taken seriously, like the extraordinary narrative mechanism it is.

“We found out that we can start a war and a performance about war very easily, but we cannot end it without extreme difficulties. A performance entitled War can only end with peace. But peace can be awfully far.”

In the past few years, La Biennale Teatro has devoted a large space to young artists with La Biennale College, which offers the opportunity to directors under 30 to gain visibility by showing an half-hour long “draft” for a possible theatre production. This is how Saul by Giovanni Ortoleva was born: its embryo was presented last year at the Festival, then produced by Teatro della Tosse (Genova) and brought on stage for the very first time at Biennale on July 27th. The show undoubtedly looks at the text by André Gide, but also and mostly at that myth which, in the words of the director, “is maybe the first in Western tradition to deal with individual failure”. The show blends theater, rock music and cinema (all environments in which sudden success followed by immediate failure is maybe even more visible) and catches the attention of the audience with dance, songs and videos. Saul reveals the mastery of its authors and actors, among whom in particular Alessandro Bandini (David) and Federico Gariglio (Gionata).

“My love will break you in two because you have never been this close”. Love – which premiered in Europe on July 27th – tells the story of a necessary, extenuating, mean and cruel love. The three young protagonists challenge each other brutally for the sake of it, enclosed in a space which reminds the viewer of a wrestling ring or a cage for wild animals. The violent text by Patricia Cornelius lives through the bodies of three excellent actors who express all the exhaustion coming from this feeling, necessary and consuming, just like the drugs used by the protagonists. An essential, straightforward performance telling a history of violence, marginalization, social degradation and abandonment, of the egotistic, visceral need we all have to feel loved, indispensable, unique.