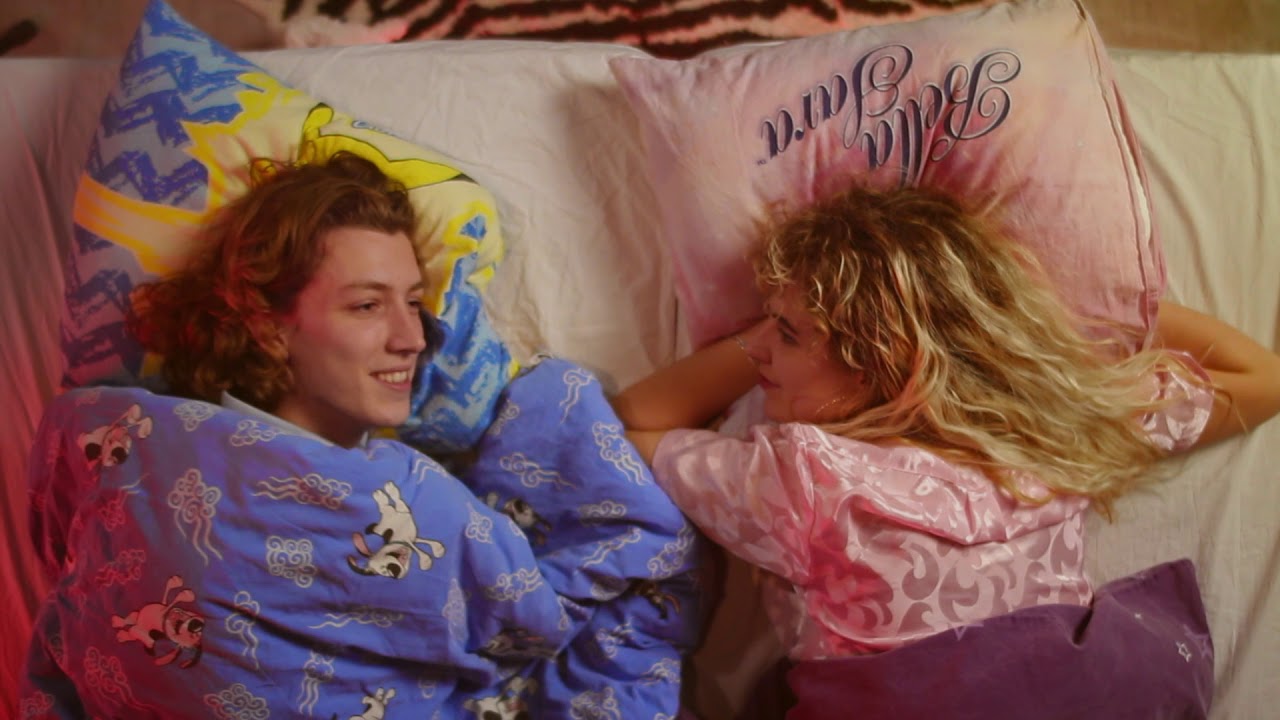 After the showing of her film Boys Don’t Cry (Denmark, 2019, 10’), the Dutch director Bobbie Müller, 20 years old, joined us for an interview about her idea of present and future regarding her work. The short film, winner of the Ce l’ho Corto Section, was one of the most positive surprises of the film festival. The young director has been able to combine the use of interviews with the narration of difficult topics, such as that of “toxic masculinity”, taking care for details and making stylistic choices that are always extremely characteristic, especially on proxemics and on scenography. Bobbie Müller created a high quality product with a budget of just 400 euro; maybe, in the future, her idea could see the light as a series or a longer documentary. 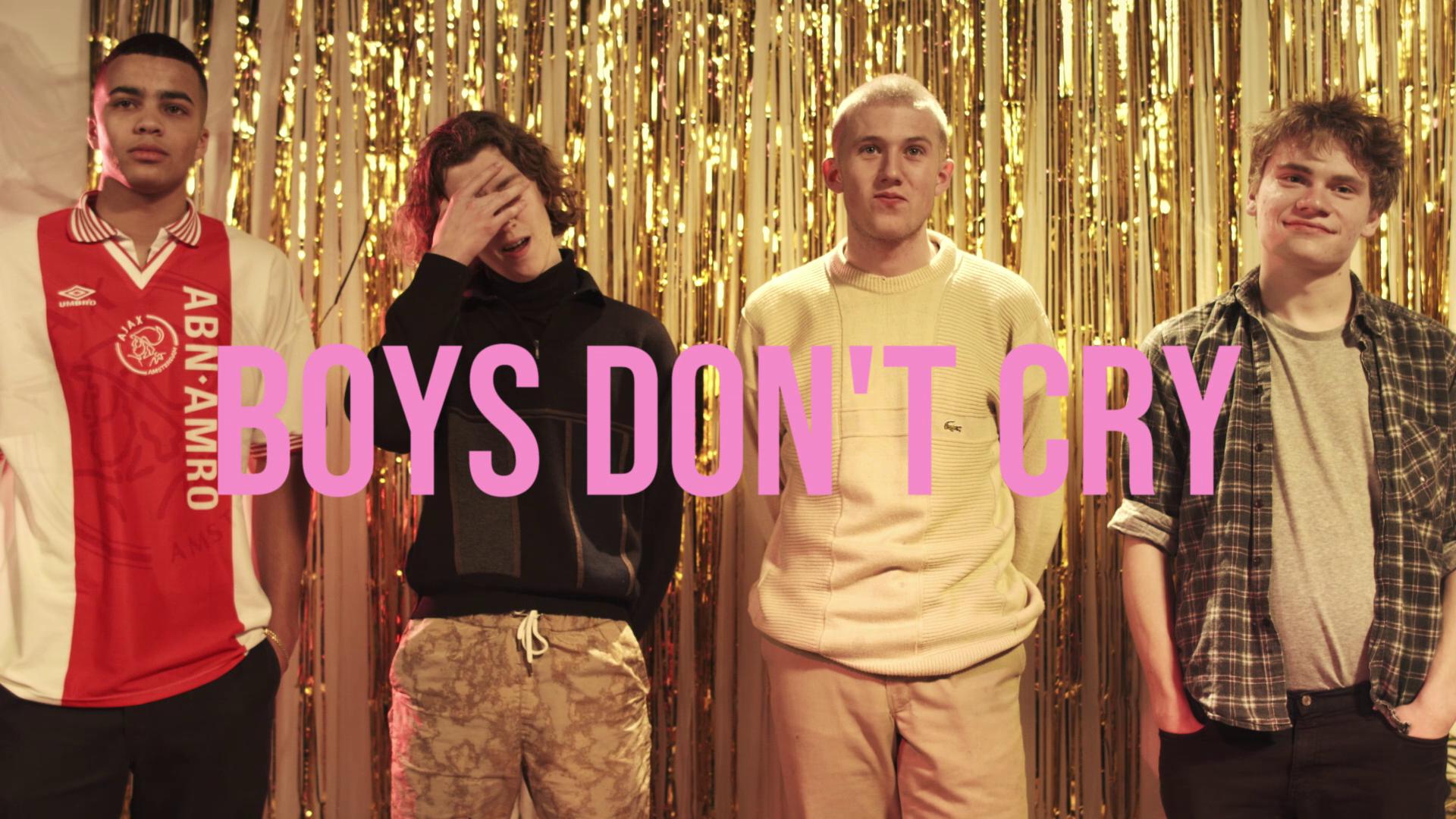 You have a very strong aesthetic sense. What does inspire you and what do you want to communicate with your works?

About the aesthetic, when I was younger I was obsessed with Harajuku [district of Tokyo], in Japan. The excessive and colourful aesthetic is something that has always spoke to me. I’ve always also been a huge fan of hip hop videos. The colourful aesthetic is something that you see very often, nowadays; using it in this film was very important to me to show the influence that medias have on our lives and to explain how, for example, from a very young age boys are identified with blue and girls with pink. The first set with all the bodies in the background represents the inputs we get from the Internet and from magazines, with the overkill of what men and women should be like.

That’s what I wanted to show in the film. I didn’t want to show a normal environment, because it is strange, and we can see this idea by the crazy setup, where they have to stand in front of the camera.I wanted to make it extra strong by making it so colourful and you can see that it’s a set from the get-go thanks to this amplification.

We can see a television on the scene. What’s the meaning of this choice?

The television is a portrait of medias and of the inputs we constantly get by them. My generation has grown up with television and Internet. They’ve influenced the perception we have on how to be masculine, how to be feminine, how to look good.

What’s your vision of your future? What do you want to become as a director?

I really want to become a director. I’m interested in both documentaries and fiction films; in my films I want to speak about social problems that I have a strong opinion about but also things that are close to my experience. That’s the way I want to create cinema: it’s all about things that I’ve actually experienced myself, been through or realized. I don’t want to investigate something that is further away from me. I would love to do that in the future, but for now I want to start with everything that I know and see.

Would you like to be present on the scene, in your films? Like Werner Herzog or directors of that kind?

Yes, of course! Herzog is a great inspiration to me, and Ulrich Seidl as well. Every time I watch one of their films, I get physically sick and I hate them, [laughs] but then, when I think about them for a week, I understand that they really show human kind. Ulrich Seidl, in particular, tells about the depravity of people, showing humans’ negative side, while Herzog is more nuanced, even if he is very opinionated, too. I really love how they tell through showing instead of showing through telling: they don’t simply say things literally, they create experiences and show people in their own human way. The public interprets itself, having space to make up its own mind.

Speaking of directors, is there someone that is particularly interesting to you and that you would like people to know?

You mean directors that I’m really inspired by in general or that are up-and-coming?

It might seem strange, but I really get inspired film by film. I’ve lately started watching a lot of films from the past that are related to the subjects that are important to me. My favourite film, which is a very classical one, is La Haine, which I think was ahead of his time in so many ways. One of the protagonists is a Moroccan young boy, the other is Jewish and there’s also an African guy, which is something that you rarely saw in French cinema. La Haine is a timeless film, and the message from it is to show the problem of corruption, of police, speaking about the lower part of the society and the depravity that comes with it.

This is something that is extremely related to these days, too, which is strong but also extremely sad: still in 2019, a film about police violence is as relevant as it was 20 years ago.

What do you think about streaming platforms, like Netflix? Which opportunities could they give to your future work?

I think that Netflix is both a blessing and a curse. The cool thing about it is that it gives international directors a platform to show their films to the entire world, which is amazing. But at the same time it’s starting to get more exclusive for international films and it’s mostly a platform that speaks to the majority. Internet is also a blessing and a curse: it provides a platform for everyone, which is a great opportunity for my generation, because everyone has a smartphone and can make a video. If the video shows some energy, an important message or something that hasn’t been done before, it’s easier for it to break out into the world. That’s the very good thing of the Internet, in my opinion.

But the flip side of it is that there are so many impulses and so many people putting stuff online that it is difficult to figure out where to find good material.

Cinema or television? And why?

For example, would you prefer to go to festivals, such as Venice Film Festival, or to television, and lose all that part that concerns festivals, red carpets etc.?

To me the thing that matters the most is the messages I want to bring to the world. I want to give them to a big audience, not only focusing on a certain type of audience, the one that has some prestige. I want to speak to people that don’t go to the cinema that often, because I think that those are the ones that need it the most and that can learn from it in a different way. It’s amazing to go to festivals and it’s something that I would love to do one day, but you get a public with a certain statue, and this is not my objective.

The last question is about your studies. Can you tell us something of your school? What do you study? How is the environment where you live in?

I live in Amsterdam and I’ve studied abroad, in Denmark, for one year. I did an eight months course and then I’ve got into the Netherlands Film Academy, which is the official film academy of the Netherlands. There are separate courses, there. There are Cinematography and Editing, with ten students, Visual Effects, with twenty students, and then Directing Documentaries, which is the course I’m taking, and it’s only five people. All the courses are very specific. I’ve just started it, for a month, and I think it’s a very inspiring environment. Dutch documentary has some name but Dutch fiction film is still on the low radar; all I know is that in Amsterdam, the city I grew up in, there are so many stories to tell about the locations and the people that I know. I think that Amsterdam is the perfect place for me to live in right now.