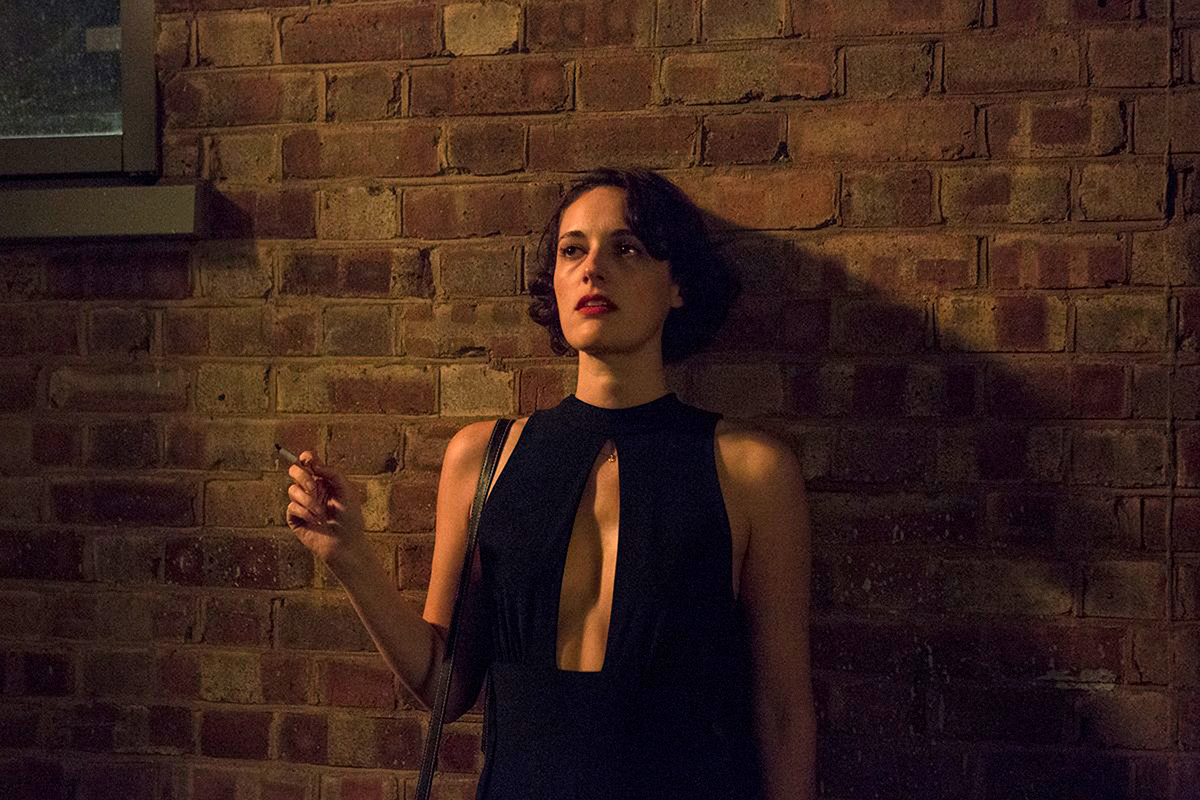 Fleabag, written, directed and also played by Phoebe Waller-Bridge, is a revolutionary TV show. This British “comedy” is produced by Two Brothers Pictures (in collaboration with Amazon Studios), confirming its will to bet on original contents (like, for example, The Boys, based on the comic book of the same name by Garth Ennis, or Undone, from the creators of BoJack Horseman). It tells the story of a woman from London, Fleabag, owner of a guinea pigs-themed café. The woman is never mentioned before, that is why it is a sort of autobiography “as a means” and not “as an end”; the narrator and the author are separated by a transformation screen that is even thicker. The woman lives in a not exactly “normal” family and she has an attitude to life that is sometimes pathological, both in the relationships with her family and with the society. The comedy immediately turns into a comedy-drama.

This series can also be considered as an adaptation of the theatrical piece of the same name, firstly played in Edinburgh in 2013. The fact of mentioning a previous medium will be clarified later in the article; Fleabag is a revolution in more than a field and the use of a bulleted list certainly is the most convenient solution to use, even if it is not the most elegant:
1) Fleabag is a feminist series in a rapid and in-depth way; it supports gender equality and it states that linguistic conventions are the opposite, because they are “masculine” and historically cause of subalternity. That is why a feminist education must also be considered in terms of linguistic education: to create a new version of grammatical genders, to reduce offenses and to semantically reconsider commons sayings. The complexity of this point becomes clear from the first episode when Fleabag and her sister Claire are at a conference. When the speaker asks: «Please raise your hands if you would trade five years of your life for the so-called perfect body», the two sisters are the only ones to raise their hands. This is both a comic scene and a sign of the protagonist’s attempt to be a sincere person. Fleabag says «We are bad feminists» in a low voice and this is a pretty important hint as well, because Bad feminist is the title of a bestselling collection of essays written by Roxane Gay and published in 2014. The idea expressed in Bad feminist is extremely important: nowadays being “bad feminists” is inevitable because, despite activism, our society and tradition are rooted in gender inequality. Feminist movement means to root out and then put down new roots hoping to build a different society, in which everyone looks at the others with openness; 2) This series gives a lot of importance to words: this is because it was philologically born as a stand-up comedy show, it was firstly played in theatres and, on a narrative point of view, it is very close to a monologue. This point will be thoroughly analysed later in the article; 3) This series puts the spotlight on a sexual dimension. First of all, it examines the human body erogenous “zones”, particularly those that are often set aside or ironically alluded (anal sex, for example). Secondly, it examines relationships, also in their rarest combinations, speaking of mediations in an extreme way; in the season two, which is an intense continuation of the first one, the Eros is strictly connected to religiousness: this idea is perfectly expressed by Andrew Scott, famous for his interpretation of Moriarty in Sherlock. He masterfully interprets a Catholic priest, attracted to the main character; he certainly is a “modern” priest, even in decoding the “ultramundane” messages. 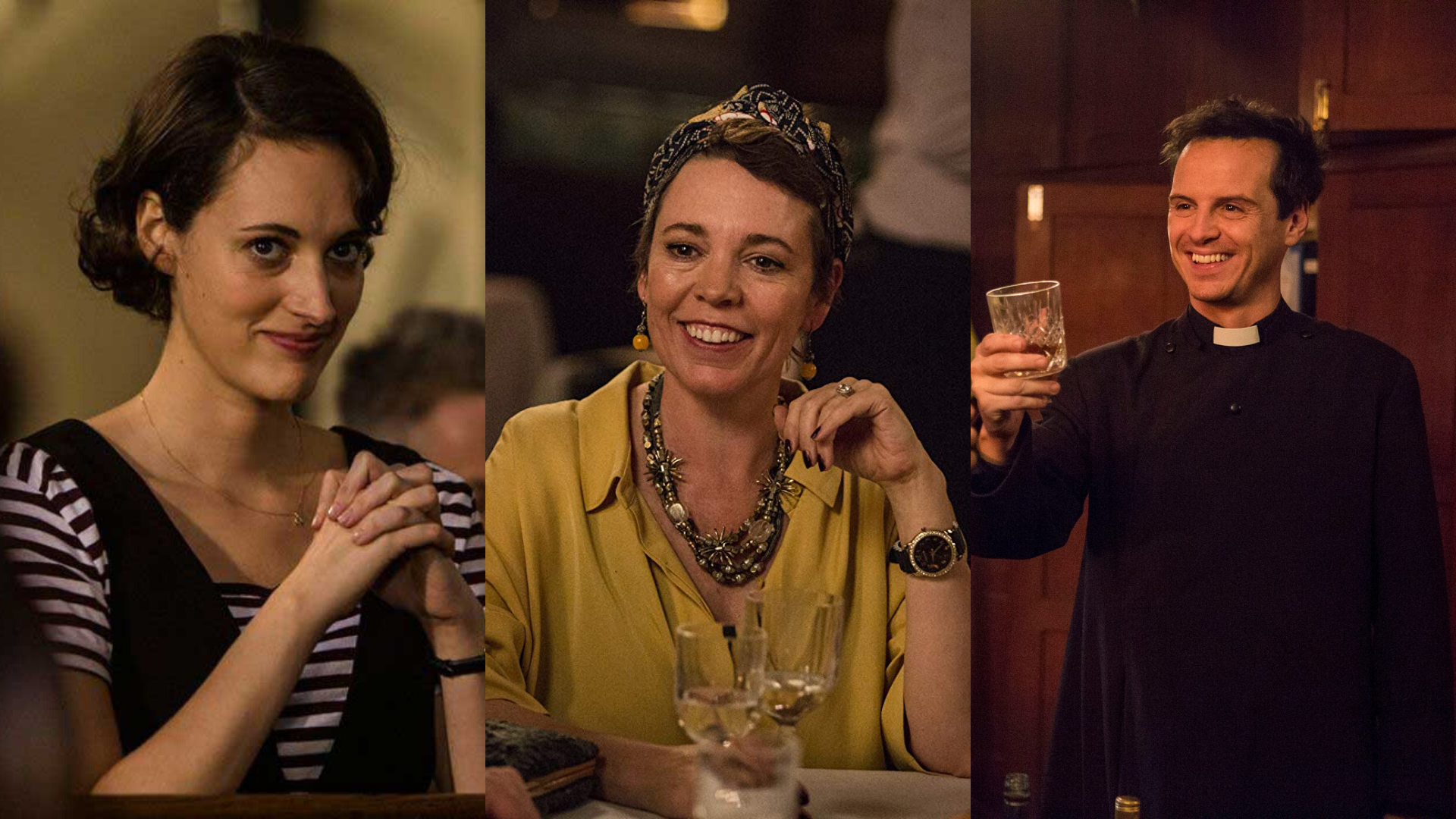 In the spotlight of this series, there immediately is a certain quality of human and “metaphysical” experience. This experience can be artistic, and therefore intellectual; Olivia Colman, iconographic queen in both The Crown and The favourite, interprets Fleabag’s stepmother, an artist of great reputation. She apparently is a side character but in reality she carves out an increasing space and embodies the representation of some narrative “solutions”: the “meeting”, the “square” (with the marriage in the final episode, for example) and she also is a perfect keystone, especially in the episode of the art exhibition (ep. 6, season 1). She also is the one who created the object used as ritual (and non-ritual) object in both seasons.
The experience can also be loving and sentimental: sex is the common thread, and one of the most significant dialectics of the series is connected to filling orgasms and embracing as an experience of maximum emotionality.
The last experience can be religious: the thought of a God is not trivialised, there is not an attempt to diminish it; the desire is to give space to a theological and teleological reality.

It is extremely important to lay the foundation to talk about the “zones” that are out of reality, both the diegesis and the external reality, that of the viewer. In fact, the peculiarity that disorients the most of this series writing style is the particular way it communicates to the audience; Fleabag continuously breaks the fourth wall, in different ways and with different meanings. There are three phases of this break: 1) “theatrical” or “comedy” phase, which uses the expedient of whispering to the audience to “let him know”, to solve the in medias res situation (first episode); 2) “wink” phase: there is a continuation of the previous phase but less frequent and with lower tones, sometimes didactics; 3) the “break” phase, in which the expedient is no longer the break of the fourth wall. We see a new expedient, which is in any case ontological, connected to the diegesis of the story; this “phase” sheds a new light on the previous ones and re-elaborates them: they are not classic, theatrical or performative speeches, but mental “areas”. The same thing happens, for example, in Scrubs, with JD’s inner monologues, and with the meta-sensibility of Abed in Community.

Speaking of human temporality, while the viewer sees a speech addressed to him, the other characters perceive it as a brief look, a shadow in the eyes, a kind of distance. In the third episode, season two: «What was that? […] Where’d you just go?», Fleabag and the priest are drinking a beer, sitting on a bench and talking about chastity and romantic relationships. Fleabag interrupts the conversation with one of these pauses, which have meanwhile become “thinner” (simple meaningful looks, for example), and the priest feels it. This is not a break of the fourth wall: at this point, everything must go back to Fleabag’s real world, to the story. It feels like she is speaking to a mirror: it hypothetically is a sort of self-awareness, a dialogic dimension to herself, similar to a “prayer”, and that is why the priest perceives it as familiar and can intervene.

The series has received widespread acclaim from television critics and audience, also for the high quality of the direction, the photography (both halfway between those of a documentary and a comedy series) and the screenplay. Fleabag and Phoebe Waller-Bridge were greatly awarded at the Emmy Awards 2019, winning Outstanding Lead Actress in a Comedy Series, Outstanding Directing for a Comedy Series, Outstanding Writing for a Comedy Series and Shows that received multiple awards. At the moment, the writer doesn’t feel the need to write a third season, but she does have «a fantasy of bringing her back when I’m, like, 45 or 50». This could be an additional way to speak to the audience: the woman will have grown, and it would be useful to see how things changed over the years from the first series. 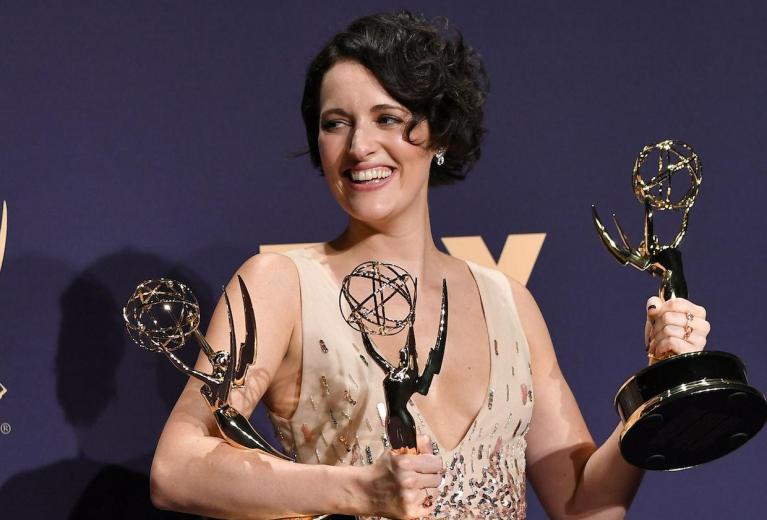